Python supports a variety of GUI frameworks or toolkits, from Tkinter which is traditionally bundled with Python, to a number of cross-platform solutions, such as PyQT or wxPython, that you can install as third-party libraries.

With this learning path you’ll develop your Python GUI programming skills so you can add interactive graphical user interfaces to your own programs. 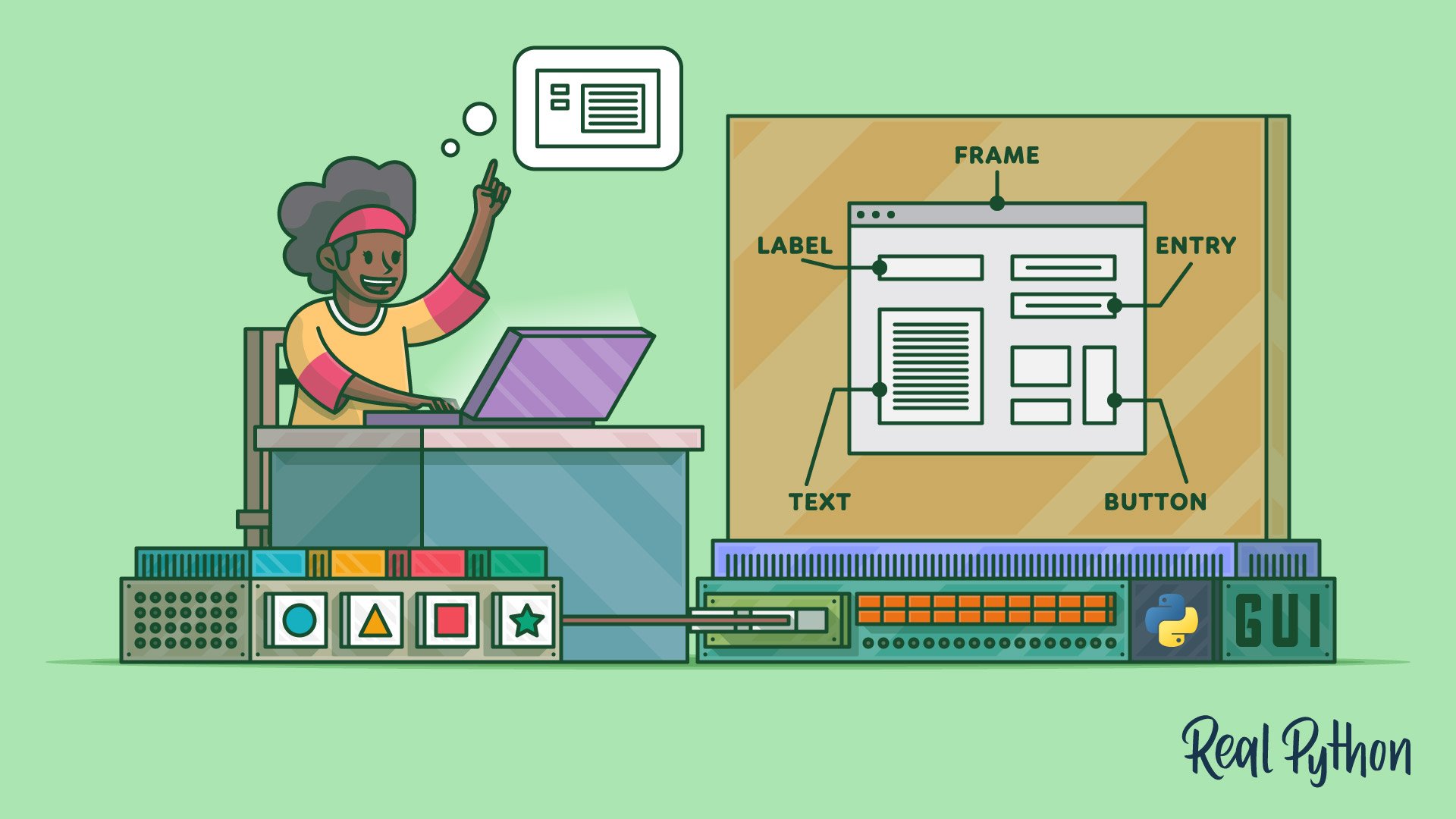 Learn the basics of GUI programming with Tkinter, the de-facto Python GUI framework. Master GUI programming concepts such as widgets, geometry managers, and event handlers. Then, put it all together by building two applications: a temperature converter and a text editor. 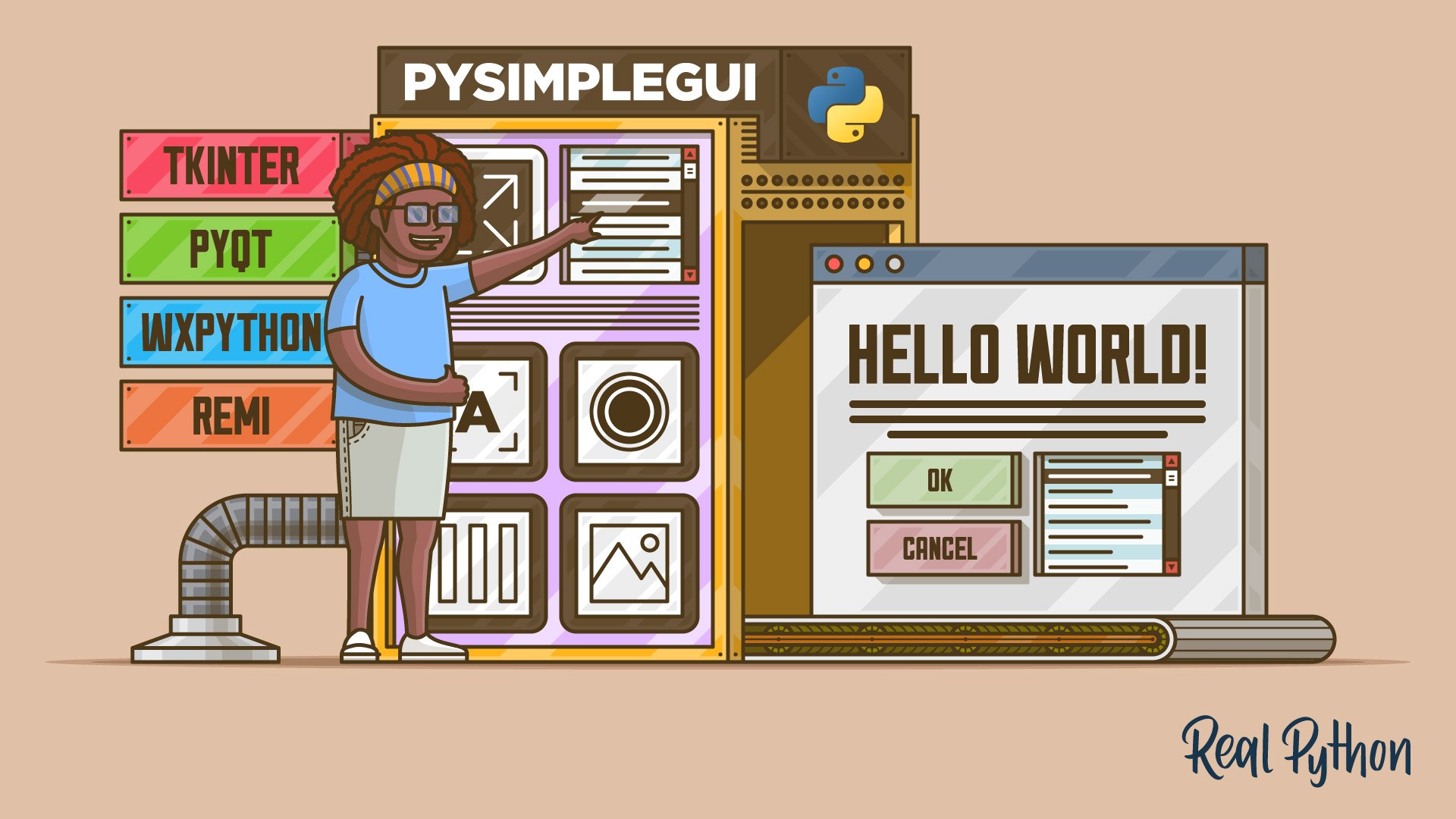 PySimpleGUI: The Simple Way to Create a GUI With Python 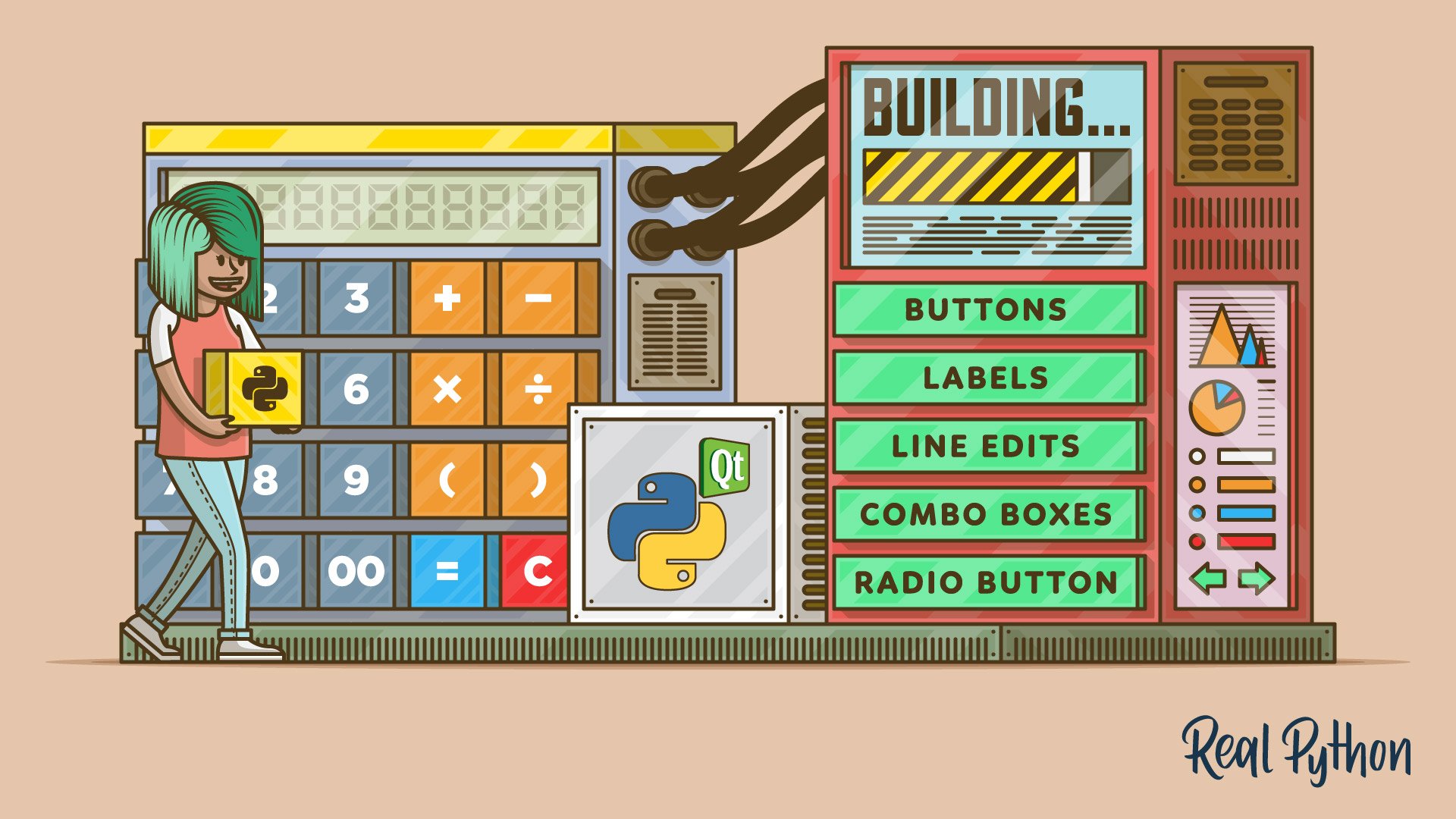 Learn how to create Graphical User Interface (GUI) applications with Python and PyQt. Once you've covered the basics, you'll build a fully-functional desktop calculator that can respond to user events with concrete actions. 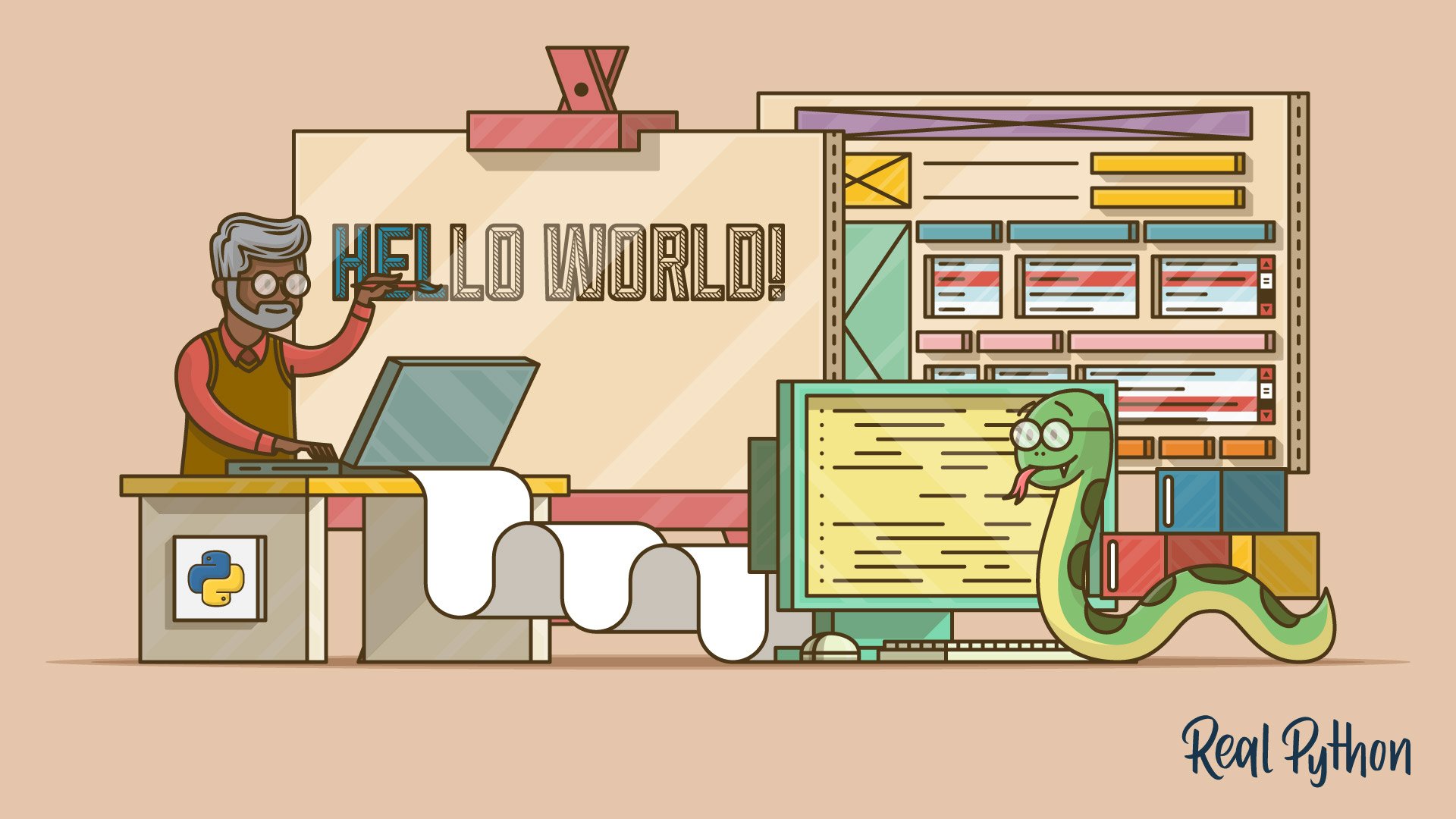 How to Build a Python GUI Application With wxPython 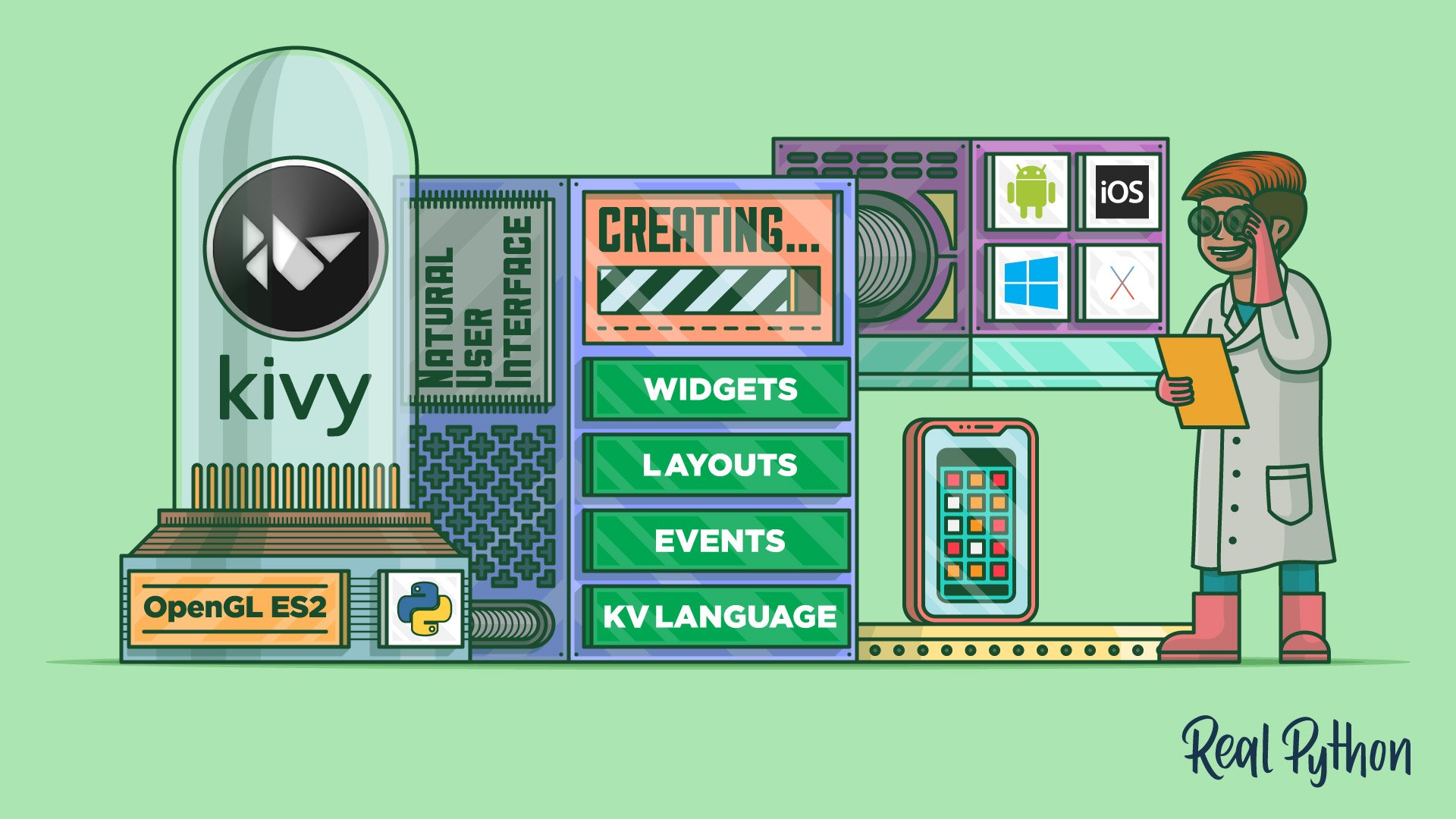 Build a Mobile Application With the Kivy Python Framework

Learn how to build a mobile application with Python and the Kivy GUI framework. You'll discover how to develop an application that can run on your desktop as well as your phone. Then, you'll package your app for iOS, Android, Windows, and macOS.