The first days of May 2022 were the last days of this year’s PyCon US event. Just before the PyCon conference, the Python Language Summit brought together Python core developers, triagers, and special guests. Some of those attendees were the very same people who shipped two important Python releases this month.

The third Thursday of May marked Global Accessibility Awareness Day. This day aims to raise awareness of how to build inclusive digital products.

Read on to dive into the Python news from the past month!

Some of the biggest Python news of April 2022 took place during PyCon in Salt Lake City. If you want to catch up on the talks, then you can head over to the PyCon US YouTube channel, and start watching the video recordings of the event. Toward the end of May, the PyCon team started uploading all the videos:

The PyCon US YouTube channel is an invaluable resource, where you can find videos on a wide range of topics, including Python Oddities Explained, Making Data Classes Work for You, and Understanding Attributes.

Note: Just a few days after NASA Einstein Fellow and observational astronomer Dr. Sara Issaoun gave her keynote at PyCon US, a groundbreaking image of a black hole was released. This major accomplishment represents more than two years of hard work by her and the rest of the team!

If you want to learn how the Python community helps the Event Horizon Telescope collaboration team in their studies, then check out Dr. Issaoun’s keynote talk at PyCon US 2022.

For the first time, the Real Python team had a booth at the PyCon conference. And if this wasn’t exciting enough, two members of the Real Python team gave talks. Geir Arne Hjelle talked about Reading PEPs in his lightning talk on the third day of the conference. As part of the Spanish track of this year’s PyCon US, Andres Pineda talked about Reactive Programming With RxPy.

Just before the PyCon conference, Python core developers, triagers, and special guests gathered for the Python Language Summit. During this exclusive event, the attendees discussed the future direction of the Python programming language. In May, they released an extensive recap of the 2022 Python Language Summit on the official Python Software Foundation blog.

As you’ll learn in the next section, one of the improvements of Python 3.11 is a faster CPython. But to know how to make Python faster, you need to know how slow Python currently is. At the Python Language Summit, Mark Shannon and his team shared their insights on the CPython performance improvements. Mark also encouraged the community to share code in order to get more diversity in the benchmarks used to monitor the improvements.

The month of May marks a significant milestone for the Python release schedule as the first beta version of Python 3.11 is out. From now on, no new features or APIs will be added to Python 3.11. That’s great news for you if you’re maintaining a third-party Python project or if you’re planning to publish a package that supports the new features of Python 3.11:

As specified in the release calendar in PEP 596, the thirteenth release of Python 3.9 is the final regular maintenance release. This means that from now on, Python 3.9 will only receive security fixes.

The last regular maintenance release of Python 3.9 is also a milestone for current CPython Developer in Residence Łukasz Langa. Łukasz is the release manager for Python 3.8 and 3.9, so this was his last regular release:

If you want to learn more about Łukasz, then check out Episode 82 of The Real Python Podcast. In this podcast episode, Łukasz talks about his first months as developer in residence and how he helps other Python developers to move their contributions forward.

It’s highly recommended to update the Python version that you’re using to its latest security update to minimize any vulnerabilities in your codebase. You can download Python 3.9.13 on the official Python website and read up on all changes in the release notes.

Since 2012, every third Thursday of May marks the annual Global Accessibility Awareness Day (GAAD). The purpose of GAAD is to raise awareness of how to build inclusive digital products. Developers around the world are encouraged to organize and participate in events that shine a light on digital accessibility:

Every user deserves a first-rate digital experience on the web. Someone with a disability must be able to experience web-based services, content and other digital products with the same successful outcome as those without disabilities. (Source)

GAAD was initiated by Joe Devon in November 2011 in his blog post CHALLENGE: Accessibility know-how needs to go mainstream with developers. NOW.:

For some people, an accessible Internet literally makes a world of difference. Although I’m a backend programmer, I’m still ashamed at how little I know. How about you? (Source)

Check out the GAAD website’s events page to get an impression of how the community has celebrated Global Awareness Day over the years. This year, for example, the GitHub blog highlighted what the company is doing to make its products more inclusive.

Note: Real Python community member and creator of Blind Gumption Joel Dodson is currently developing a suite of accessible command-line utilities. He shared this comment on how to improve your Python code to be more accessible:

An exercise you can do is to read parts of your code out aloud to yourself or a teammate. This way you may notice, for example, that you should choose more descriptive names for your variables or functions.

If you want to create more readable Python code in general, then check out How to Write Beautiful Python Code With PEP 8.

Of course, making the Web more accessible can’t be confined to one day! For example, Kent Connects is offering a free webinar series called Summer of Accessibility. To sign up for sessions, check out their events page.

So, what’s your favorite Python news story from May? Did we miss anything notable? Are you excited about the recent Python releases? Have you attended a Global Accessibility Awareness Day event? Or do you have your own notes about accessibility that you want to share? Let us know in the comments! 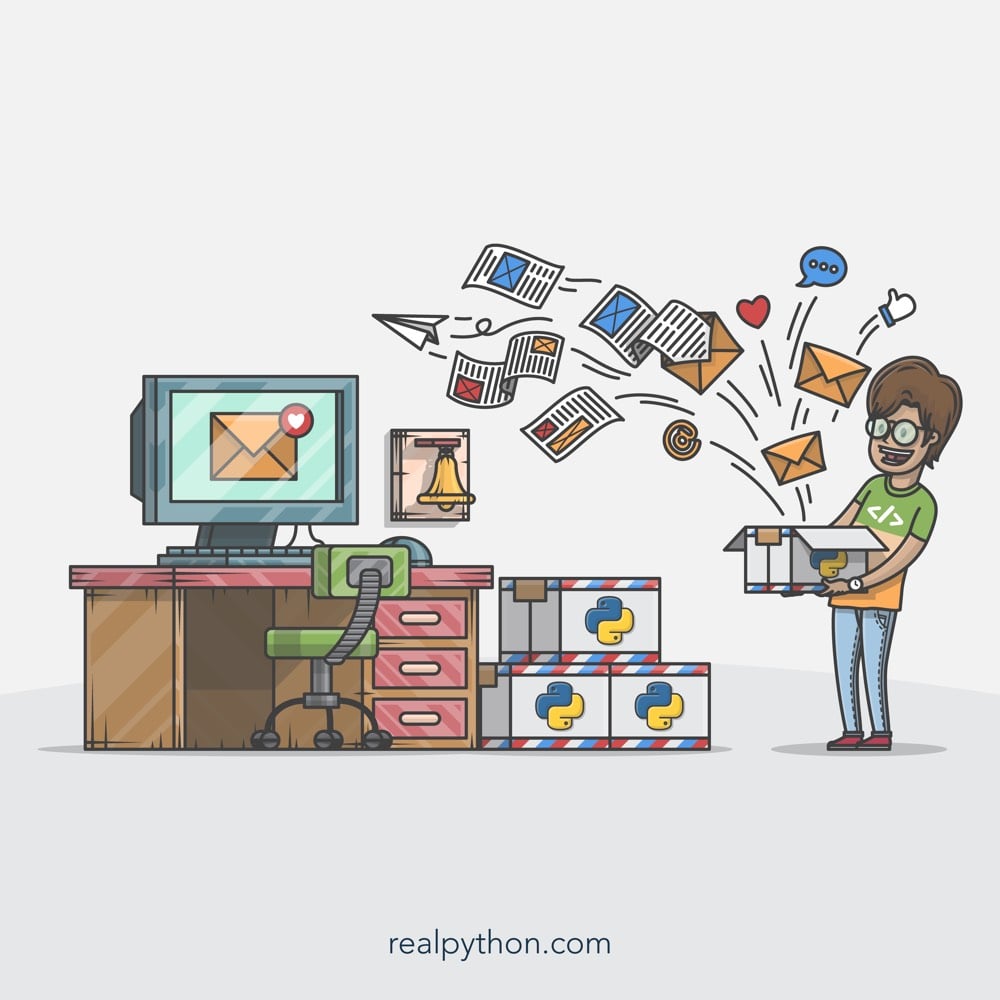