The following is a guest post by Aaron Maxwell, author of Livecoding a RESTful API Server.

How to Make Friends and Influence APIs

More and more, we’re all writing code that works with remote APIs. Your magnificent new app gets a list of your customer’s friends, or fetches the coordinates of nearby late-night burrito joints, or starts up a cloud server, or charges a credit card… You get the idea. All this happens just by making an HTTPS request.

(At least, I hope it’s HTTPS. Please don’t use plain HTTP. But that’s a different topic.)

So how do you use this in your code? Ideally, the people behind the web service will provide an SDK or library that does all the above so you can just “pip install openburrito-sdk”, or something, and just start using its functions and methods to find late-night burrito joints immediately. Then you won’t have to deal with making HTTP requests at all.

That’s what this article is about: writing Python code to integrate with RESTful APIs, in a way that is as fun, easy, and quick as possible—and makes you look good doing it! (Hopefully.)

Free Bonus: Click here to download a copy of the "REST API Examples" Guide and get a hands-on introduction to Python + REST API principles with actionable examples.

First, if you are not sure what the phrase “REST API” means, jump to the appendix for a crash course.

Got it? Good, let’s keep going. There are many ways in which such web services can be organized and many formats in which you can pass it data and then get other data back. Right now, it’s popular to make your API RESTful, or at least claim it’s RESTful. As for sending data back and forth, the JSON format is very popular.

Tragically, I have so far failed in my campaign to persuade everyone to use YAML instead of JSON. Despite this heartbreaking setback, there is a silver lining: the same key principles apply to any HTTP API, using any data format.

The examples below will be for a REST API, using JSON. But what you are about to learn will apply when I prevail, and we are all joyously using YAML. It also applies to XML or custom data formats as well as un-RESTful architectures. It’ll even work next year, when we’re all checking email via telepathic neural implants!

Let’s use a concrete example. Imagine a to-do list API, tracking your action items on your road to success. Here are its methods and endpoints:

Note: Unless otherwise noted, all actions return 200 on success; those referencing a task ID return 404 if the ID is not found. The response body is empty unless specified otherwise. All non-empty response bodies are JSON. All actions that take a request body are JSON (not form-encoded).

Great. Now, how do we interact with this thing? In Python, we are lucky to have an excellent HTTP library: Kenneth Reitz’ requests. It’s one of the few projects worth treating as if it is part of the standard library:

This is your primary tool for writing Python code to use REST APIs—or any service exposed over HTTP, for that matter. It gets all the details right, and has a brilliantly elegant and easy to use interface. You get the point. I’m going to stop with the gushing praise now, and show you how to use it.

Let’s say you want to get a list of action items, via the GET /tasks/ endpoint:

After some error checks and minimal processing, what you get out of the API call is a list of Python dictionaries, each representing a single task. You can then process this however you wish (printing them out, for example).

Now suppose I want to create a new task: add something to my to-do list. In our API, this requires an HTTP POST. I start by creating a Python dictionary with the required fields, “summary” and “description”, which define the task. Remember how response objects have a convenient .json() method? We can do something similar in the other direction:

Now, since we are using JSON as our data format, we were able to take a nice shortcut here: the json argument to post. If we use that, requests will do the following for us:

If you are using something other than JSON (some custom format, XML, or everybody’s favorite, YAML) then you need to do this manually, which is a bit more work. Here’s how it looks:

We use the data argument now: that’s how you specify the contents of the POST body. As you can see, requests.post takes an optional headers argument: a dictionary. This adds each key as a new header field to the request. get() and the others all accept this argument too, by the way.

If you are doing anything more than a few API calls, you’ll want to make your own library to keep yourself sane. Of course, this also applies if you are the one providing the API and want to develop that library so that people can easily use your service.

The structure of the library depends on how the API authenticates, if it does at all. For the moment, let’s ignore authentication, to get the basic structure. Then we’ll look at how to install the auth layer.

Glance again at the API description above. What are the specific actions and services it provides? In other words, what are some of the things it allows us to do?

Instead of thinking about HTTP endpoints, we can create our own internal API based on these concepts. This lets us more easily integrate the logic of using the API in our code, without being distracted by the details.

Let’s start with the simplest thing that could possibly work. I’m going to create a file named todo.py, defining the following functions:

Notice a few design decisions I made here:

To fill these out, I am going to define a helper:

This just constructs the full URL to make the API call, relative to the path. With this, implementing the helper is straightforward:

Notice that each of my library functions returns a response object, just like requests.get and friends. This is often a useful choice. Generally, when working with APIs, you will want to inspect the status code and the payload (from resp.json() in this case). The response object provides easy access to this, and other information we might need, but did not anticipate when we first made the library.

You might be thinking this is exposing implementation details. Wouldn’t it be better to construct some kind of ApiResponse class that provides the needed info through a more explicit interface? While that can sometimes be the best approach, I have more often found it to be over-engineering.

I recommend that you start by just returning simple response objects. If you later need to install a response abstraction layer, you’ll know when the time comes.

Your head may be swimming a little now, and not just because of the subliminal suggestions I’ve encoded throughout the background CSS, extolling the virtues of YAML!

We have covered a lot of important ground here, solidly rooted in modern engineering best practices.

Free Bonus: Click here to download a copy of the "REST API Examples" Guide and get a hands-on introduction to Python + REST API principles with actionable examples.

There’s still more to learn. For example, dealing with pagination, or getting large bodies of data that take multiple requests to fetch, authentication, and reliability—in other words, dealing with flaky APIs. Be sure to also check out the Real Python courses to learn how to design RESTful APIs with both Flask and Django.

Appendix: REST in a nutshell

REST is essentially a set of useful conventions for structuring a web API. By “web API,” I mean an API that you interact with over HTTP, making requests to specific URLs, and often getting relevant data back in the response.

There are whole books written about this topic, but I can give you a quick start here. In HTTP, we have different “methods,” as they are called. GET and POST are the most common; these are used by web browsers to load a page and submit a form, respectively. In REST, you use these to indicate different actions.

GET is generally used to get information about some object or record that already exists. Crucially, the GET does not modify anything, or at least it isn’t supposed to. For example, imagine a kind of to-do list web service. You might do an HTTP GET to the URL /tasks/ to get a list of current tasks to be done. So it may return something like this:

This is a list of JSON objects. (A “JSON object” is a data type very similar to a Python dictionary.)

In contrast, POST is typically used when you want to create something. So to add a new item to the todo list, you might trigger an HTTP POST to /tasks/. That’s right: it is the same URL, which is allowed in REST. The different methods GET and POST are like different verbs, and the URL is like a noun.

When you do a POST, normally you will include a body in the request. That means you send along some sequence of bytes—some data defining the object or record you are creating. What kind of data? These days, it’s very common to pass JSON objects. The API may state that a POST to /tasks/ must include a single object with two fields, “summary” and “description”, like this:

This is a string, encoding a JSON object. The API server then parses it and creates the equivalent Python dictionary.

What happens next? Well, that depends on the API, but generally speaking, you will get a response back with some useful information, along two dimensions.

First is the status code. This is a positive number, something like 200 or 404 or 302. The meaning of each status code is well defined by the HTTP protocol standard. Search for “http status codes”, and the first hit will probably be the official reference. Anything in the 200s indicates success.

Then if we GET /tasks/ again, our list of tasks will include this new one:

There are other methods besides GET and POST. In the HTTP standard, PUT is used to modify an existing resource (like change a task’s summary). Another method called DELETE will… well, delete it. You could use this when a task is done, to remove it from your list.

There is a lot more to REST than this. However, this is enough information for you to get started. 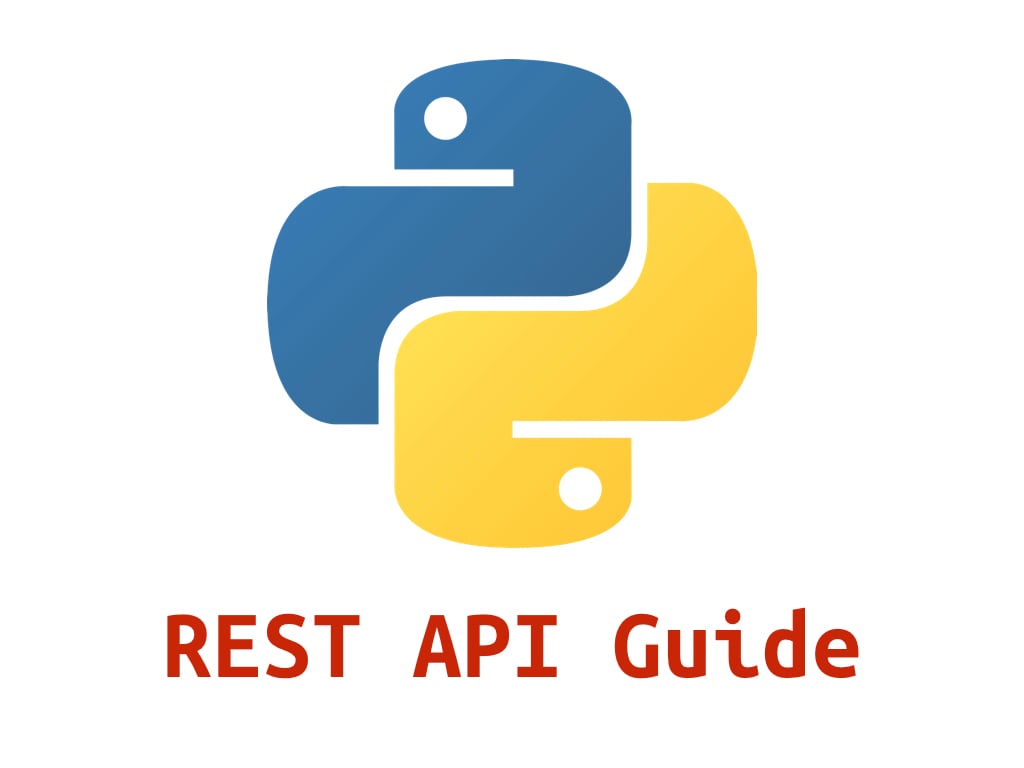